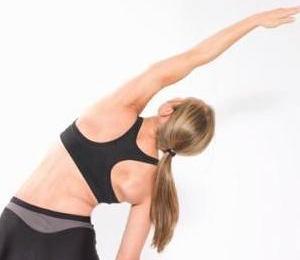 Back injuries are sustained in a myriad of ways and some people are more likely to develop back pain and injury than others are. Some people incur back injuries from doing seemingly nothing; a simple twist or turn the wrong way in bed, for example, could cause a vertebra to go out of alignment. Others incur injury at home or on the job, while others sustain back injuries from traumatic events such as a vehicular accident.

Back injuries can be sustained on any number of structures in the spine. Although lower back injuries are the most prevalent, many people have sustained injuries to the thoracic (middle spine) or cervical (neck) portions of their spinal cord. Injuries can occur to the vertebrae, discs, nerves, joints, muscles, and other soft tissues. Once an injury has been incurred, other parts of the body, from the toes to the head, also can be affected.

Nationally, back injuries cost U.S. businesses approximately $30 billion per year, at an estimated average cost per claim of $24,000. If surgery is involved, the cost for claims increases significantly to $40,000 per injury or higher. One recent back injury involving surgery totaled $240,000.

Health care industry workers sustain nearly five times more back injuries than any other type of worker and are among 6 of the top 10 professions at greatest risk for back injury, according to the U.S. Department of Labor.

Lower back pain is often caused by a muscle strain. The erector spinae, or large paired muscles in the lower back that help keep your spine erect, can become inflamed and spasm. In more serious cases, the pain may be caused by a degenerative condition, such as arthritis, disc disease, or disc herniation.

A degenerative disc condition can sometimes cause a chain reaction of other events in your spine. When a disc is not in its proper place, or is malformed from disease or some other condition, it can allow additional undue pressure on other healthy structures, such as neighboring discs, nerves, muscles, joints, ligaments, and tendons.

Rest, ice or heat therapy, and over-the-counter anti-inflammatory medicine, such as aspirin, are often the first course of treatment for mild lower back pain. This allows your muscles to return to their normal position and begin to heal.

Because the thoracic spine is the sturdiest part of the spine, it is less prone to injury. That said, upper back pain, while less common than lower back pain, is often caused by irritation of the muscles or a problem with a joint. Other less common causes of upper back pain include herniated or degenerative discs.

However, rest for a sore back should be kept to no more than two weeks. Otherwise, the muscles in the lower back begin to atrophy and can become significantly weak, leaving you open to further undue pain and injury.

The bony structures that allow your back and neck to easily move in different directions are called “facet joints.” Facet joints provide about one-fifth of your lower back and neck’s twisting stability. Facet joints are located in pairs at each vertebral level (except for the top vertebra) down your spinal cord.

The surfaces of facet joints are coated with slippery cartilage, allowing them to glide freely as you move. Each joint is encased in a capsule that generates lubricant for the joint while it moves.

When joints are injured in a traumatic event, or degenerate over time because of the aging process or disease, a wide variety of problemsand painoften result.

Facet joint syndrome develops when the cartilage in joints wears thin. Your body begins producing material (called bone spurs) to shore up the cartilage. This material can calcify, or harden, causing stiffness in the joint. In some cases, facet joint syndrome can contribute to joint inflammation, muscle spasms, and later osteoarthritis. Advanced cases of facet joint problems are sometimes referred to as degenerative spondylolisthesis, a condition in which joints slip forward.